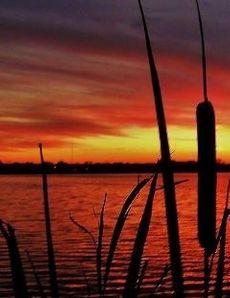 The son of Harlan and Nadine Overbeek, Ron was raised in Leota, Minnesota, and graduated from Edgerton High School in 1985. He married Penny Gotzian in May of 1990, and the two have made their home in the Rogers area ever since.

Ron was employed for 30 years at R&M Manufacturing in Rogers, first as a tool and dye maker and later as the head of the maintenance department.

“The Ronald” never met a tater tot he didn’t love or an antique store he didn’t hate. An avid angler and accomplished bow hunter, he leaves behind many beloved friends and relatives, along with scores of relieved fish, deer, and wild boar.

Ron passed away at home, after courageously battling lung and liver cancer. He was surrounded by his wife, members of his family, close friends, many trophy mounts, and two very spoiled cats.

He was preceded in death by his grandparents, father, father-in-law Dale, and mother-in-law Margaret.

Funeral service 11 AM Friday, August 23, 2019 at Word of Peace Lutheran Church (21705 129th Ave. N., Rogers) with visitation starting at 9 AM. In lieu of flowers memorials preferred to the family & in honor of Ron, please wear your Camo & blue jeans.