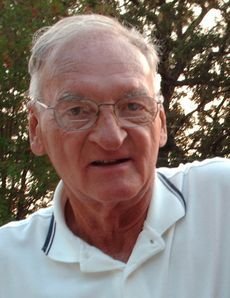 Bob was born in Minneapo­lis on November 29, 1927and passed away from complica­tions related to diabetes on April 29, 2021.

Bob married Betty Lange in 1949 and raised seven children. He worked many farm jobs in the early years, then started his own con­ struction company. He built his home in Brooklyn Center in 1955 where he lived with his family until moving to Maple Grove in 1960.

He joined the Maple Grove police department 1962, became chief of police in 1967 and retired from the force in 1992. He was elected as Maple Grove's mayor in 1994 and served two terms.

He was preceded in death by pa­rents Mitred and Henriett a, wife Betty (Lange), wife Sue (Banghart), son Bruce, half brothers Glenn and Charles and half-sister Olive (Wold).

Reviewal will be held at Lord of Life Lutheran Church in Maple Grove on Tuesday May 4, 2021 from 1-4 pm. A private service for the family will be held after the reviewal at the Green­ wood Cemetery in Greenfield.