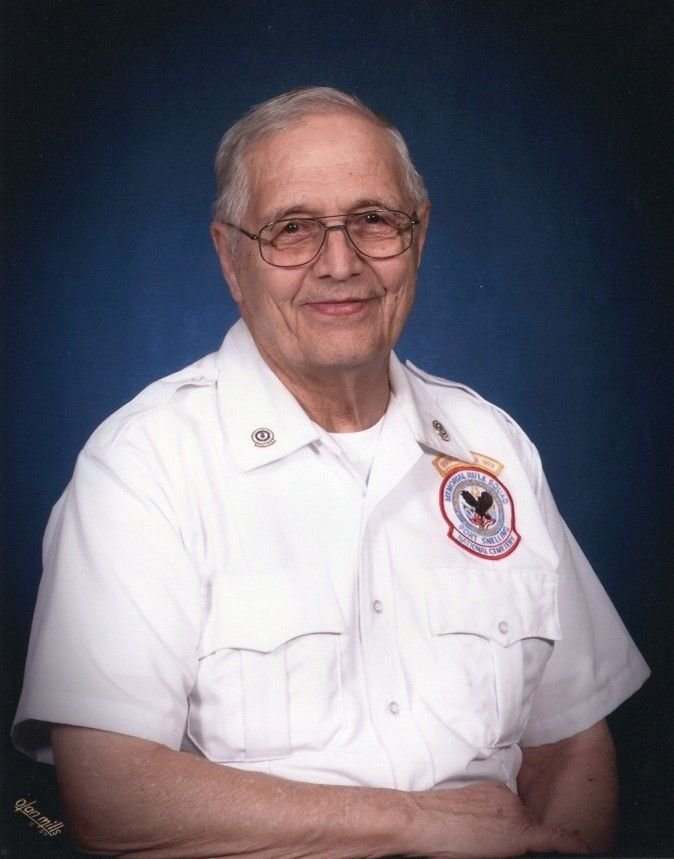 He was born November 11, 1931 in Slayton, Minnesota to Ingvald and Mabel (Nyberg) Frisvold. He grew up in the Garvin-Tracy area and graduated Garvin High School in 1949. He moved to Minneapolis to attend Dunwoody Institute. He worked as a mechanic and later as a welder at Raygo Corp. until retirement. After retirement, he kept himself busy as a bar tender and club manager at the local American Legion.

In addition to a civilian work life, he joined the Minnesota Army National Guard at 18; served at Ft Rucker, AL during the Korean War, retiring after 30 years as Master Sergeant with the Headquarters and Support Company, 204th Medical Battalion, 47th Infantry Division, Minnesota Army National Guard. In addition to his military career, he was very active in the American Legion at the local and state level. He also was a charter member of the Fort Snelling National Cemetery Memorial Rifle Squad since 1979; continuing as the Thursday Squad Leader until his death.

He married Erma Greenside of Cass Lake, Minnesota in 1955, eventually making their home in Brooklyn Park, Minnesota. He enjoyed life with Erma until her death in 1988, and carried her picture with him always. He adored his daughters, son-in-law and granddaughters, and was always available to nieces, nephews and friends for advice and a helping hand.

He is survived by daughters Donna Frisvold and Frances (Randy) Jaworowski, granddaughters Michelle Frisvold, Amanda and Heather Jaworowski, and brother Ingvald Frisvold Jr. He was preceded in death by his parents, his loving wife, daughter Lori Frisvold, and brothers Marlin and Richard. He was greatly respected and loved and he will be missed.