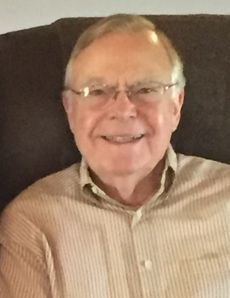 Joseph, Gerald J., age 85 of Corcoran, MN, passed away from Mesothelioma on October 2, 2020. Jerry was born to Sylvia P. and Mervin J. Joseph on October 2, 1935. Preceded in death by his mother, Sylvia; father, Mervin; sister, Patricia; beloved wife of 51 years, MaryJane. Survived by children, Jeff (Judy) Joseph, Joan (Tim) Mahanna, Jeanne (Randy) Whipps, John (Shannon) Joseph; as well as 12 grandchildren and one great-grandchild. Jerry grew up in Cloquet, MN, where he excelled at track and field, and played for several fast pitch softball teams. He served in the MN Air National Guard in Duluth, MN and was stationed at Hulman Air Field, Terre Haute, IN, during the Berlin Build Up. Jerry was a skilled draftsman and worked at Conwed Corp. in Cloquet during high school and went full time following graduation, eventually becoming an engineer in the R&D department. In 1964 he began working with Mereen Johnson Machine, Corp. in Minneapolis, MN as a draftsman and machine designer and eventually becoming the Vice President. In 1987, he joined Progressive Systems in Medina, MN, where he was a Vice President. He worked until February 2020 and still loved going to work every day. Jerry was a devoted and loving husband, father, and grandfather, who was deeply passionate about his Catholic faith. Jerry loved big family dinners, grandkids’ sports and events, restoring old sports cars, motorsports, Gopher sports, and playing harmonica. Private services will be held. Interment will take place at St. Francis de Sales Cemetery in Belgrade, MN.