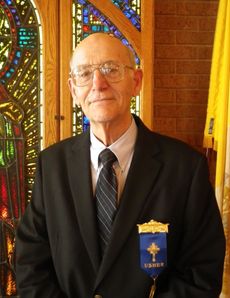 When Frankie was about three, his mother died. His maternal grandparents, Roy and Pearl Preston, as well as his aunt Ardith, lived near him in California and they helped take care of him. As his grandfather Roy worked for the railroad, they got free passes to travel by railroad throughout the country. Young Frankie often spent summers in Minnesota, traveling by rail to spend time with his Minnesota cousins. They would go boating on Lake Minnetonka, where some of his cousins lived. He met his mother Pearl’s sister, his Aunt Kathryn and her husband, his Uncle Phil during that time. They had no children of their own. When Frankie was ten, he moved to Minnesota to live permanently with Kathryn and Phillip Gagnon, who became his parents.

Frank grew up in Robbinsdale, Minnesota. His father Phil owned Gagnon Printing Company, which Phil started in Minneapolis in 1934, shortly thereafter moving it to the shed behind his Robbinsdale home. Kathryn helped with the bookwork. Phil was also a great sportsman, enjoying hunting and fishing. He bred, raised, and trained Chesapeake Bay Retriever dogs, of the Deerwood line. Frank soon learned to hunt, fish, work with dogs, and print from his father. He often accompanied his father to field trials and sometimes worked with the dogs himself. The family frequently went up to their cabin in northern Minnesota on Trout Lake, north of Tower, where Phil spent part of his childhood.

Frank graduated from Robbinsdale High School in 1958, and shortly thereafter went to work at Gagnon Printing Company full time. From his father, he learned to set old-fashioned movable type as well as work with the more modern Linotype and metal plates. His parents were friends with many people around Robbinsdale and Crystal, and every year threw “Tom and Jerry” parties which were heavily attended. Among their friends were the doctors at Crystal Doctors’ Park. One Christmas, the doctors spoke with Phil and Kathryn. A young nurse there was without a date to the annual Christmas party. Wasn’t their son Frank single? And so Frank met Barbara, and they married in 1968.

Frank and Barbara moved to Brooklyn Park after their marriage, and Frank continued in the printing business in Robbinsdale. He was also a member of the Army Reserves. They began attending St. Vincent de Paul Catholic Church in Osseo. Their daughter Mary was born. As Frank’s father had died several years before and his mother wanted to sell the house, Gagnon Printing needed a new home. Frank bought a building at the top of a hill in St. Michael, and moved the business there in 1977. He became well known in town, becoming friends with his neighbors and playing liars’ poker with the guys down at the café.

Frank continued to enjoy hunting, spending time with his army buddies Jerry Jubert and Phil and Lorry Muller. His family also enjoyed spending time at their lake cabin, which moved to Lake Vermillion when the Boundary Waters Canoe Area was founded. And, he continued to work at Gagnon Printing, working many long hours, most of the time by himself. He did have several employees over the years, including Mike Beckman, who became an especially good friend. He and Mike would often talk and play music together, as Frank had learned to play guitar as a high school student wanting to become Chet Atkins when he grew up. As he got older, Frank discovered the gypsy jazz music of Django Reinhart and Stephane Grappelli, which became some of his favorite music.

Frank was known for both his hospitality and his sense of humor. He was an usher at St. Vincent de Paul for 20-30 years and was a fixture at the 11 o’clock Mass. He often gently teased people, and was not above “poking the bear,” especially with relatives and close friends. He was excellent at fixing things and figuring out how things worked. He loved to read and was always in the middle of a novel, often a mystery or adventure. He worked at Gagnon Printing until he died.

He will be greatly missed by all who knew him.

Visitation 1 hour prior to the Mass.