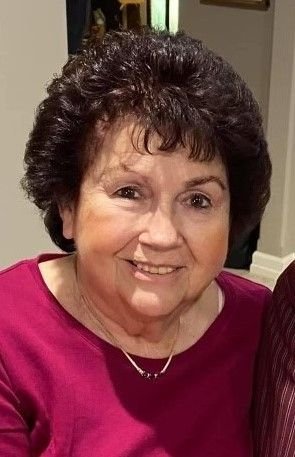 Carolyn was born in Minneapolis, Minnesota on August 10, 1943 to Elmer & Ruth Samuelson.

She lost her father at a young age and was raised by her beautiful mother. As a child she loved all animals especially her beloved dog Bimi who was with her through her teens. She met Bob in Speech class in the 10th grade. Their first date was a Sadie Hawkins dance at Robbinsdale Senior High; this is a dance where the girl asks the boy. After several dates, Bob gave her his Grandpas ring while they were on a double date with his brother Ron. She dropped the ring in her excitement but found it before they got home. This started their life together.

They married shortly after high school on July 14, 1962. Carolyn then joined Bob overseas as an Army wife and welcomed their first child, Jim while stationed in Germany. After Bob's discharge from the Army they moved back to Minnesota and welcomed their 2nd child. Eventually they planted their roots in Omaha, Nebraska where they continued to grow their family. Carolyn was a homemaker for most of her life and enjoyed being around her family, baking, camping, boating and traveling.

Upon retirement Carolyn and Bob moved to Las Vegas, Nevada for a 5 year vacation. Together they enjoyed going to many shows, restaurants and venues. After Vegas they returned to their Nebraska roots to enjoy their grandchildren and family time.

In her later years, Carolyn and her husband were season ticket holders of the Omaha Community Playhouse and The Loft Community Theater. They loved going to movies, various restaurants and taking day drives around the Omaha area with their dog Patches. Carolyn and Bob just recently celebrated their 60th Wedding Anniversary in July and were surrounded by all four of their children.