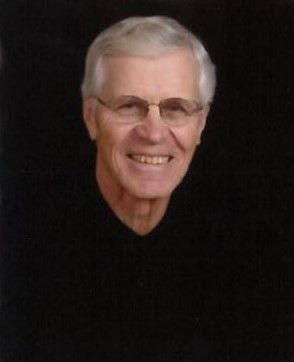 Roland F. Terhaar — Rollie to his departed wife and other loved ones; Dad, Grandpa, or Great-Grandpa to his family — died March 17, 2020, one month shy of his 90th birthday. He was surrounded by family when he died, as he was in life.

Men often are defined by their careers, but Rollie was defined by his commitment to family, his faith in God, and his willingness to give to others when he had little to share. As a teenager, he quit school to help his parents support the family. Once he was married, he worked as an engineer and a farmer, both jobs necessary for a family with eight children.

Rollie was a child of the Great Depression, with all the hardships that entailed. He grew up speaking German in Pierz, Minn., learning English in first grade at the one-room schoolhouse.

But high school wasn’t in his future; he instead helped on the family farm, then took a factory job in St. Paul. He changed his life’s trajectory when he joined the air force division of the U.S. Navy during the Korean War. The coursework he took while in service allowed him to earn his high school GED in 1955.

After his discharge, Rollie moved home and met Dorothy Ella DeMarais, who became his lifelong love and wife of more than 60 years. He enrolled at the Milwaukee School of Engineering and soon joined then-Sperry UNIVAC as a manufacturing engineer, using every spare minute to run the small farm near Corcoran he bought with Dorothy in 1969. At age 56 he turned to full-time farming.

Rollie could fix anything, from a tractor engine to the foundation of a house. He was a lifelong learner who shunned television and spent rare leisure time reading. He was the go-to parent for help with math homework. He found joy in his Old-time music and played piano and button accordions, often with a child happily dancing to his songs. In retirement, he always had a project going, whether refurbishing an antique riding lawn mower or remodeling the barn for family weddings.

Memorial contributions may be given in Rollie’s name to Mary, Queen of Peace Catholic Church in Rogers; NC Little Hospice in Edina; or to Food for the Poor. A Mass of Christian Burial will be scheduled after Coronavirus restrictions are lifted.