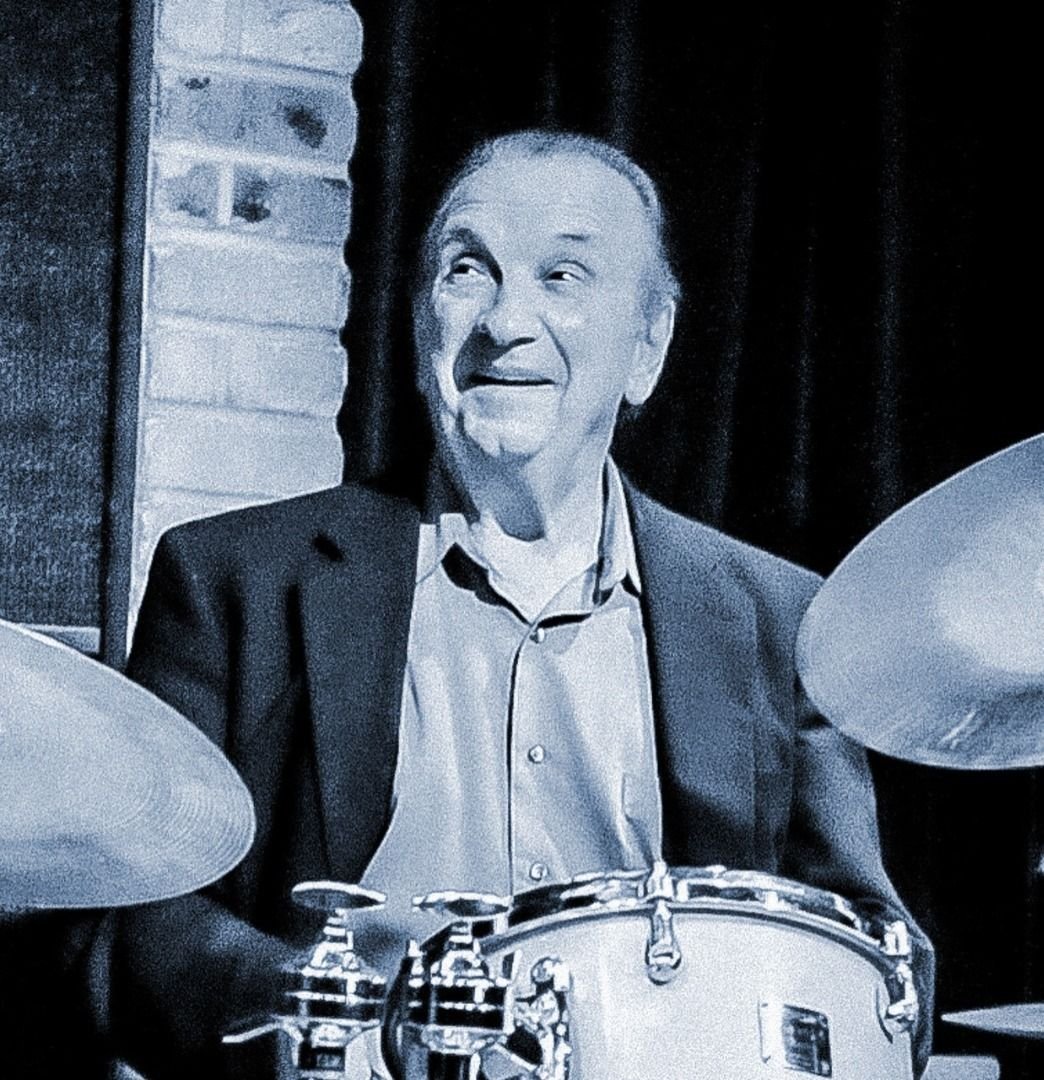 Richard J. Bortolussi, age 87 of Brooklyn Park, died December 11, 2021 after succumbing to ailments including COVID. He is survived by his wife of 34 years, Ellie; their son, Nikolas; and grandson, Giovanni. He is also survived by his younger sisters, Auriel and Brenda; along with her daughters, his nieces, Kris and Tracy (Steve); grand niece, Holly; grand nephew, Roy. He leaves behind a large family on Ellie’s side, family members in the U.S. and Canada, treasured friends and his beloved Twin Cities jazz community. He was preceded in death by his parents, Evaristo (Speed) and Berlinda Bortolussi.

Dick was born in Port Arthur, Ontario, Canada on October 12, 1934 to Speed and Berlinda Bortolussi. The eldest of three children and only boy. He spent his younger years teasing and pestering his sisters, working in his father’s service station as a certified, licensed mechanic, racing stock cars and hanging out with buddies who he remained friends with for life.

His true focus and greatest gift was playing drums and it was his Uncle Gino who encouraged him to listen to and study, at the age of 9, the technique and drum solos of the legendary Gene Krupa. At 11, he began playing gigs and drumming all over Port Arthur and Fort William (now Thunder Bay, ON). When Dickie was 15, he was encouraged to take his skill to the next level so he traveled to Chicago, IL to attend Roy C. Knapp’s School of Percussion. There, he honed his craft and his path to a legendary career as a musician was solidified. After drum school, he returned back home keeping a full calendar of gigs. He eventually made the big move to The States, joining his sister, Brenda in Minnesota where he connected with the talented and musical Peterson family along with many other local jazz artists. Soon, he began traveling the U.S. playing and touring with many greats including Toni Lee Scott, Al Jarreau, Teddy Wilson, Bo Diddley, Chuck Berry, Doc Severinson and many more….. and even brought Jose Feliciano to his parents’ house for a big pasta dinner. Ultimately, he wanted to stay in Minnesota to play locally and settle down and was a frequent collaborator and contributor on many artist recordings.

Dick, aka. “Borto”, didn’t really settle down until he married Ellie in 1987 and they had their son in 1989. He loved getting Nik into music and they could be seen at many outdoor events with matching “washboard” instruments. Nik went on to be a very accomplished drummer and clarinet player.

His true happy place was at the cabin he grew-up with near Thunder Bay, Ontario on Island Lake. He spent as much of every summer up there as he could playing bocce ball and building enormous bonfires. He enjoyed stopping at the casinos on the way, and most times came away “ahead”.

Dick loved spending time with family and cherished his place in the Minnesota Jazz Scene. He told story after story of all the great people he worked with and befriended over the years. Anyone that knew Dick, knows he was the best storyteller of all time. Any circumstance could be entertaining if he was the narrator. Most people didn’t mind being the subject of his tall tales because they were so entertaining.

We will miss his laugh, his sense of humor, his passion for music and twinkle in his eye.

A Celebration of Life gathering will be held on a future date yet to be announced.

Thank you to Travis Anderson and the Twin Cities Musician Union for use of this incredible photo taken at the Dakota Jazz Club & Restaurant.