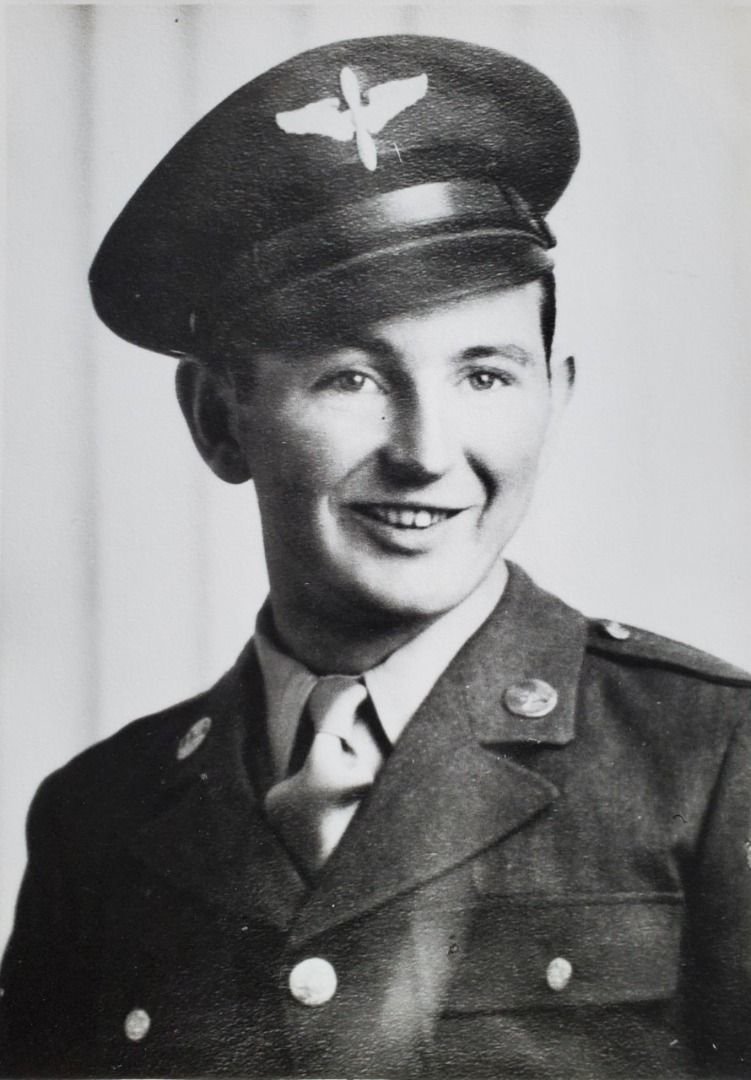 Ralph John Schroeder, age 96, of Steele, ND, passed away shortly after noon on his birthday, April 3, 2022, in Maple Plain, MN.

Ralph was born in Richmond, MN on April 3, 1926, the son of Luke and Ann Schroeder. He attended parochial school in Richmond, MN where he acquired his lifelong “respect” for the nun’s discipline.

Ralph left school early so he could join the Army Air Force and help America fight in WWII. He was based out of Puerto Rico as a radio operator on a PBY Catalina tasked with looking for German subs. After the war he worked as a prison guard for German POWs.

After his service was up, he returned to MN. Because he knew Morse code, he was able to obtain employment with the Great Northern Railroad, where he worked for 39 years until he retired in 1985.

Ralph met Gertrude “Trudy” Teresa Jenssen, fell in love and were married on June 7, 1947. They had five children, Sherry, Laura, Johnnie, Mike, and Roger. They moved 28 times before getting to Steele, ND, in 1970, where they settled down for good.

Ralph loved to hunt and was a pioneer of bow hunting in the 50s and he and Trudy owned and operated the R&T Arrow Shop.

Ralph also loved to fish, from when he was a young boy, taking Chicago gangsters out fishing on the lake for 25 cents a day as a guide, and on throughout his whole life, catching walleyes in ND.

He also loved tinkering in the shop and playing competitive games of pinochle or cribbage.

He is preceded in death by his parents; his wife, Trudy; brothers, Andy, Gerald, Al; and sister Florence "Flossy" Madden.