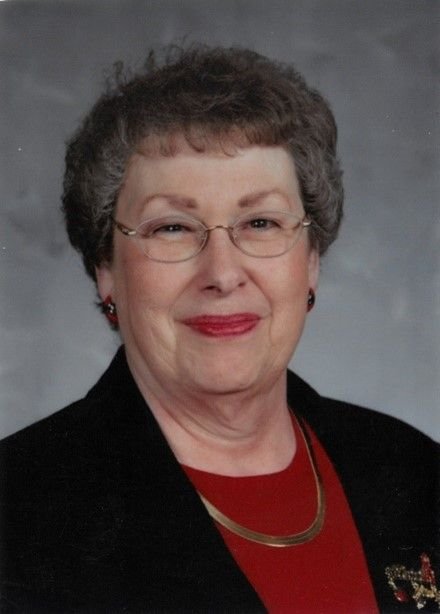 Born on September 13, 1939 in Lanesboro, MN. She lived in Little Rock, AR during World War II, where her father helped build the airport. Pat lived in Camden Station, MN until 4th grade, when the family moved to Rock Creek, MN. There, she went to country school until junior high and graduated high school in Pine City. Pat graduated from St. Cloud State with a teaching degree in 1961.

Pat was a cherished teacher in Osseo school district 279 for 43 years. She helped open Edgewood Elementary as a 4th grade teacher in 1961. She then found her life’s passion as a 2nd grade teacher at Crestview and then moved onto Zanewood when it opened in 1967. Pat was honored to be district 279’s Teacher of the Year in 1980. She was at Zanewood until about 1998, when she moved to Weaver Lake. Pat retired in 2004 and then enjoyed monthly meetings at Perkins as a member of the O.A.R.E., a retired teacher’s group.

Pat was very loved as a foster mom to Donna in 1985, and several years later to Debby. She has been a Grandma to Donna’s son, Robbie. Pat always had dogs in her life. Scooby, Sonny and Cherie, Pugsley and Max were constant companions. In retirement, she took up flyball, enjoying the companionship of friends and tournaments, where Dily was a champion Welsh Terrier flyer. She most recently had Bee and Cookie, always by her side.

Pat had a strong faith and was an integral part of Immanuel United Methodist Church in Corcoran, MN. She was involved in church services, bible studies, creating cookbooks, and much more. Every family gathering with Pat involved playing fun card games. Pat loved her Bridge Club, helped organize her class reunions, and was a good neighbor. Pat was known as the bringer of delicious bars, and enjoyed trying all sorts of new recipes, but especially bar cookies.

She will be sadly missed by sister, Jan Johnson; sister-in-law, Angie Henry; nephew, Tom (Kim) Johnson; nieces, Vicki (David) Datt, and Chris (Ted) Moore; great-nieces and nephews to whom she was like a second grandma; and many other friends and relatives.