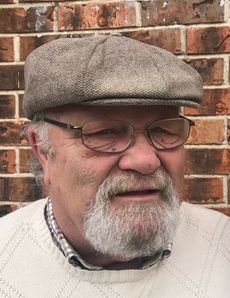 Michael Joseph Rasmus, always known as Mitch, son of Roald (Mike) and Adelaine (Addie) Rasmus was born in Pittsburg, California on January 10, 1946. After fulfilling his military duties, Mike brought his family back to Minnesota where Mitch graduated from Moorhead High School in 1964. Mitch was an All State High School Football Player and received a full scholarship to Concordia College. He graduated with a degree in Physical Education and Art in 1968. He then joined the United States Air Force where he was stationed in Tucson, Arizona. Once discharged from the Air Force, he received his elementary education degree from Moorhead State.

Mitch met the love of his life, Georgia (Barnett) Rasmus in 1973 when they were introduced by his sister Kristi Morsch at Central Lutheran Church in Minneapolis, MN. After just three dates, they were engaged and married on April, 6, 1974. After teaching in the Orono school district a couple years, he switched gears and spent the rest of his career in the home construction industry. Mitch was extremely creative and was passionate about helping others customize their homes, so much so that he never officially retired and continued to work regularly.

Mitch found his happy place with his family at their cabin property in Fifty Lakes, MN. He had plans to officially retire there in their newly built home. He absolutely loved the river and watching his kids and grandkids enjoy it as well brought him the most happiness.

Mitch is survived by his wife, Georgia; a son Joseph, Plymouth, MN; and daughter Kari Bishop (Stephanie), Jacksonville, FL; three grandchildren: Cooper, Easton and Porter; a sister Kristi Morsch (Randy), Fifty Lakes, MN, brother-in-laws and sister-in-laws, nieces and nephews and many many friends. He was preceded in death by his parents Mike and Addie.

If you are unable to attend the service but would like to watch the service online, join us via the live stream at centralmpls.org