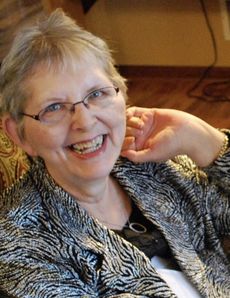 Mary Kay Kearns Costain passed away on Saturday, March 14, 2020 after a series of strokes while in her long-term care residence, St. Therese of Oxbow Lake in Brooklyn Park, MN. She was 79 years old at the time of her passing. Mary Kay is finally reunited with the love of her life, Bob Costain, who has been waiting for her for over 20 years. Mary Kay leaves two daughters behind, Elizabeth Smith and Laurel (Bernie) Kaeferlein, along with five grandchildren: Nick Kaeferlein, Ted Kaeferlein, Nora Smith, Christina Kaeferlein, and Cass Smith. Mary Kay was preceded in death by her parents, Monica Fleming Kearns and John Richard Kearns; brother, Tom Kearns; her brother-in-law and sister-in-law, Richard & Sylvia Costain; and their daughter, Christy Ann; & sister-in-law, Sandy Kearns. She has one surviving sibling, Joan Kearns King, who resides in Watertown, South Dakota.

Mary Kay attended Huron High School and graduated as Valedictorian in 1958. She received a full-ride academic scholarship in Engineering at the University of South Dakota in Vermillion, SD, but after a year she discovered that she was not interested in becoming an engineer. She took a year off and moved to Minneapolis, MN, working and struggling as an underpaid single young woman in 1959. Deciding that starving to death wasn’t worth it, she moved back home with her parents and completed her Bachelor’s Degree in English at Huron College. Mary Kay and Bob married in August of 1962, and they moved out to California where Bob was finishing up his time in the Air Force as well as college. Mary Kay decided to get her Master’s Degree in American HIstory while Bob was studying, and she completed her coursework before Elizabeth was born. Despite receiving a Rhodes Scholarship to Oxford and having a genius IQ, Mary Kay chose to stay home with her children instead of seeking employment outside of the home.

Mary Kay showed her wit, sarcasm and intelligence to those who came to know her. In high school, she played basketball, tennis and golf. Mary Kay continued to golf until her mid-thirties when pain from fibromyalgia and an inflammatory disease made it too difficult to continue. Mary Kay was also a duplicate bridge champion. An avid reader, Mary belonged to different book clubs and devoured several books per week. Books ranged in topic from comparative theology, to bridge, gemstones, politics, biographies, and romance novels. Mary Kay was also very fond of jewelry, and adorned herself with gemstones, gold and silver on a daily basis. We joked that she had a ring for every bathrobe.

We are so thankful for the kind and loving care that Mary Kay received at St. Therese. The compassion from Chloe, Anne Marie and Kaitlyn as well as the nurses and nursing assistants made each day better. Thank you from the bottom of our hearts.

Unfortunately, due to safety precautions for Coronavirus (CV-19), we are unable to hold a funeral at this time. We will update with information as soon as humanly possible.