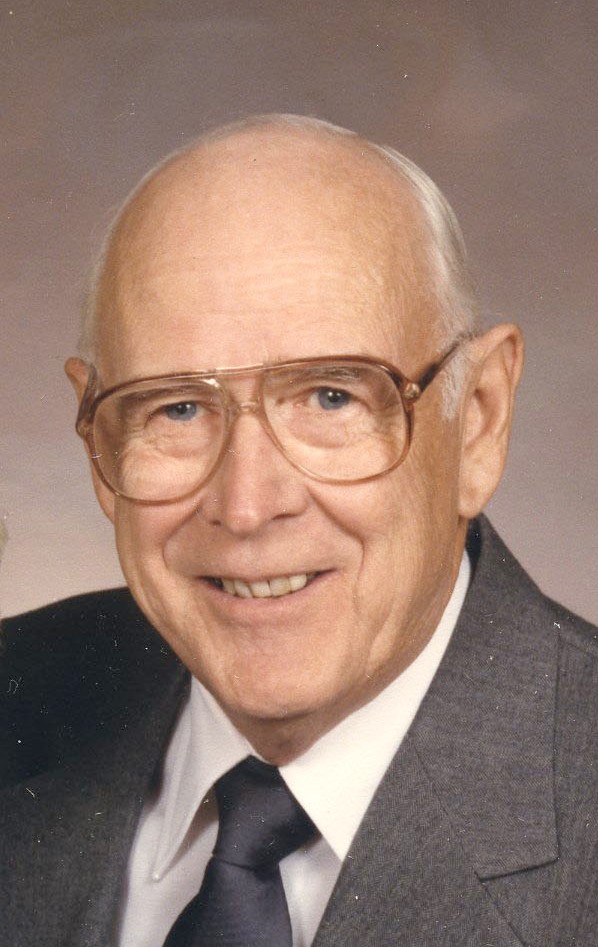 Lavern Johnson, age 99, born in North Minneapolis on April 1, 1918 to Albert & Wandela (Johnson) Johnson. Lavern went to North High School and Dunwoody. He worked at Mereen Johnson as machinist for over 40 years. He served in the CCC in Ely, MN. He served in the Army during WWII in Germany as a MP. He married Marjorie Pierson on June 27, 1948, at Bernadotte Lutheran Church in Bernadotte, MN and lived in Brooklyn Center. They were married for over 50 years. Marjorie died in 2000. Together they had three children Dennis (Shelly) Johnson, Deanna (Dennis) Sjogren, and Wayne Johnson; four grandchildren, Melessa (Curtis) Henderson, Eric Sjogren, Katie Johnson, and Richie Johnson; and four great grandchildren, Harley Sjogren, Curtis Daniel Henderson, Tristan Sjogren, and Annie Henderson. He enjoyed his annual family vacation for over 40 years to Itasca State Park up until the end of his life. He enjoyed being with family and friends, and was an especially good card player even until the end. He lived in his own home for over 60 years until six months ago. Then he enjoyed living at Saint Therese Nursing Home in New Hope. He was preceded in death by his loving wife, Marjorie; his parents, Wandela & Albert; his brother Stanley; his uncle Helge; and many other beloved family members. Lavern had been a longtime member of the Lutheran Church of the Triune God in Brooklyn Center.Service 11 AM Friday, July 28, 2017,at Lutheran Church of the Triune God, 5827 Humboldt Ave. N., Brooklyn Center, with visitation 1 hour prior to service at church.Interment Crystal Lake Cemetery. The family would like to give a heartfelt thanks to North Memorial Hospital, the VA Minneapolis Medical Center and Saint Therese of New Hope for their wonderful care of our father.