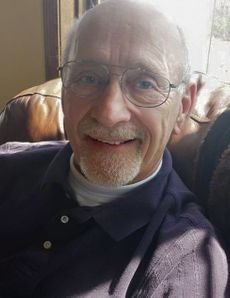 Jerry attended Osseo High School and graduated in 1960. He served in the United States Navy from 1959-1962 as a Petty Officer 3rd Class and served on the USS Valley Forge as a Mail Carrier. He was in the Naval Reserve from 1962-1964. Upon his return from the Navy, he received his Bachelor’s degree in Business from the University of Minnesota in 1968.

He had two children, James and Nacole and fostered 51 children with former wife Antoinette (Toni) Sienko. In 2018, he married Nancy Hollenkamp in Florida.

He worked for Montgomery Ward in Chicago, and spent the majority of his career with Lands’ End as a Liquidation Manager from 1979-2005. Jerry spent time living in Minnesota, Wisconsin, Illinois and Florida.

Jerry served as a volunteer firefighter and first responder in Hollandale, WI and was a member of the Knights of Columbus - St. Patrick’s Parish, Hollandale. He loved spending time with his family and grandchildren and spent most of his free time golfing and bowling. He enjoyed woodworking and made all the grandchildren wooden toy boxes and horses.

He was preceded in death by his parents, Helen and Jake Sienko, and brother-in-law George Wishy.

Private Mass and Ft. Snelling Interment at a future date.