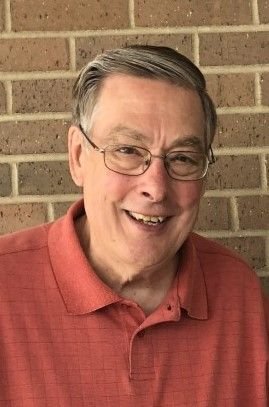 James Robert Hoffner, age 75, of Brooklyn Park, passed away on August 15th, 2022 with family by his side at North Memorial Medical Center in Robbinsdale, MN after a 5-year valiant fight with melanoma.

Jim was born on May 10th, 1947 in Bessemer, Michigan to Marylouise and Robert Hoffner. He was a middle child, between his older brother Richard and younger brother Bob. A proud Yooper, Jim enjoyed growing up in the Upper Peninsula of Michigan taking advantage of the many bluffs to climb, hunting at his grandpa Gray’s “shack”, many sports and family time at his grandma and grandpa Hoffner’s house up on the hill.

At the start of his junior year of high school, his family relocated to Babbitt, Minnesota and his love for Da’ Range started. A standout athlete, he acquired the nickname Jet as his quickness helped him to earn varsity letters in football, basketball and baseball.

After graduating from Babbitt High School in 1965, he started his college education at Gustavus Adolphus in St. Peter, Minnesota where he was also on their Baseball team. In 1967, he transferred to the University of Minnesota enrolling in the College of Education & Human Development. In 1969, he graduated as the top student in the Colleges of Math and Education, later being named a distinguished alumnus of the CEHD after many years on their U of M advisory board.

While at the U, he met another Ranger undergrad Karen Kerzie. She jokingly tells the story of while working in the cafeteria, she would give Jim extra food when he would come through her line. Eventually, Jim got the hint, and they started dating in October of 1968, engaged by Christmas and married on August 9th, 1969. The newlyweds started their life together in Brooklyn Park, Minnesota with Jim beginning his career at Brooklyn Center High School as a Math teacher and coach.

After five years of teaching, he transitioned to TIES as a leader in teaching educators how to incorporate using a computer in their classrooms. Eventually, he settled in St. Paul as Director of Human Resource for the Gillette Company. Successful in his work life, he was always grounded by faith and was an active member at BUMC, serving for several years as the Chair of Staff-Parish Relations.

Jim’s greatest passion was his family. Jim and Karen raised three children together. Always encouraging, supporting and instilled a drive for excellence, Jim was the go-to for volunteering to coach anything, willing to contribute to any booster club, and all while never missing a game, concert, parent-teacher conference, or game of Head of the Class on Sunday night. His willingness to help others and ability to connect was a strength throughout his life, always leaving people with a smile to go with his endless supply of Starbursts.

As fiercely proud as he was of his kids, the joy of being a grandpa was his most treasured role. Attending their sporting events, Gopher football games, family birthday dinners, and teaching them to sing RAH at the end of the MN rouser, a true family man that brought him so much happiness having us all together.

A visitation will be held 4-7 pm on Monday, August 22nd at Evans-Nordby Funeral Home, 6000 Brooklyn Blvd., Brooklyn Center. A Celebration of Life Service will be Tuesday, August 23rd at 11 am at Brooklyn United Methodist Church, 7200 Brooklyn Blvd., Brooklyn Center, with visitation starting at 10 AM. Lunch following the service and Interment at the Champlin Cemetery. In lieu of flowers, memorials preferred to the North Memorial Health Foundation or Brooklyn United Methodist Church.