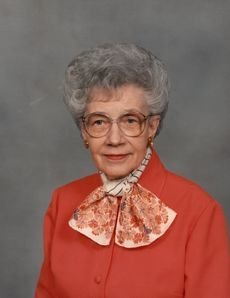 Irene H. Swanson, 102, native of Hoffman, MN passed away July 29th at Maranatha Care Center in Brooklyn Center. She was preceeded in death by her husband, Sigwald and parents, Mabel and Robert Rosengren and brother, Raymond Rosengren. She is survived by a number of cousins, nieces and nephews. She was a graduate of Hoffman High School with the honor of Class Valedictorian. She also was a proud graduate of Concordia College in Moorhead, MN, and after graduation began a teaching career in several schools in the area. A number of years later she relocated to Mpls. and was employed by the Pilsbury Co. for 37 yrs, where she held a number of positions, rising up to the executive level. She and her husband Sigwald were active members of Hope Lutheran Church in Mpls. and served there in many capacities over the years. She will be remembered as an intelligent lady who had a great number of friends who kept in touch with her throughout her life.