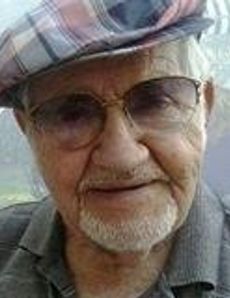 Dustin, Glenn Harlan Albert, known to all as ‘Dusty’, passed away peacefully with family by his side on November 21, 2018, at the age of 94. He was preceded in death by his beloved wife Clarice, grandson Dan Dustin, infant sister Julanne, and brother Douglas.

Dusty was born in La Crosse, Wisconsin, in 1924, the first child of Elda and Truman Dustin. The family later moved to Minneapolis, where he and his sister Donna and brother Doug enjoyed the Minneapolis parks and lakes but always maintained close contact with their many relatives in Wisconsin. Dusty attended Minneapolis West High School and enlisted in the US Marines in 1942, training as an aerial gunner and airplane mechanic. He was stationed in Hawaii during WWII and returned to civilian life in Minneapolis in 1946, completing his education at Dunwoody Institute. A friend of his encouraged Dusty to invite Clarice Sandberg, a young woman he had known previously and who had corresponded with him during his service, to a party with friends. Their ensuing romance developed into a lifelong love affair. Their marriage later that year lasted nearly 70 years before Clarice passed in 2016.

Dusty and Clarice raised their five children in Robbinsdale, Minnesota. After initially finding work as a repairman at Studebaker, Dusty decided he no longer wanted to come home dirty every day and found a position with Allstate Insurance as an auto insurance adjuster. He really loved cars and enjoyed meeting and talking to all kinds of people, so he found this work very satisfying. He also loved taking his family on frequent road trips to different places and continued this love of adventure after retiring from Allstate. Dusty and Clarice took many trips, including cruises and several trips to both Hawaii and Europe.

They moved to a home on Maple Grove’s Eagle Lake in 1977 where Dusty enjoyed commanding his pontoon boat around the lake and hosting gatherings for family, friends, and neighbors. Later they moved to a townhouse in Brooklyn Park where they continued to lead an active social life including membership in health clubs and local senior groups. Dusty had lifetime memberships in the local Studebaker Club and the American Legion, and was active in the Metro Marines organization for many years. He loved performing color guard duties at parades and local events. He also participated in local Marine Toys for Tots Christmas drives. Everyone knew that at any event Dusty would have a camera in his hand. He was the unofficial photographer at Metro Marine events as well as events hosted by their townhouse association, always getting multiple prints so he could share his photos with everyone.

Dusty had a kind, patient, and fun-loving nature that made him a wonderful husband, father, grandpa and friend. He will be deeply missed by his children, Joyce Jacobson (Al), Carol Dustin, Glenn "Dusty" Dustin, Wendy Brisky (Kevin), Nancy McDonald (Keith); 12 grandchildren; sister, Donna Parnow; many great-grandchildren & great-great-grandchildren; relatives and good friends. Celebration of Life 10 AM Monday, December 3, 2018 at Evans-Nordby Funeral Home (34 Second St. NE, Osseo) with visitation one-hour prior. Interment at Fort Snelling National Cemetery with Honors. Family extends a heartfelt thanks to the wonderful people at North Memorial Hospice and The Wellstead of Rogers for their excellent care.