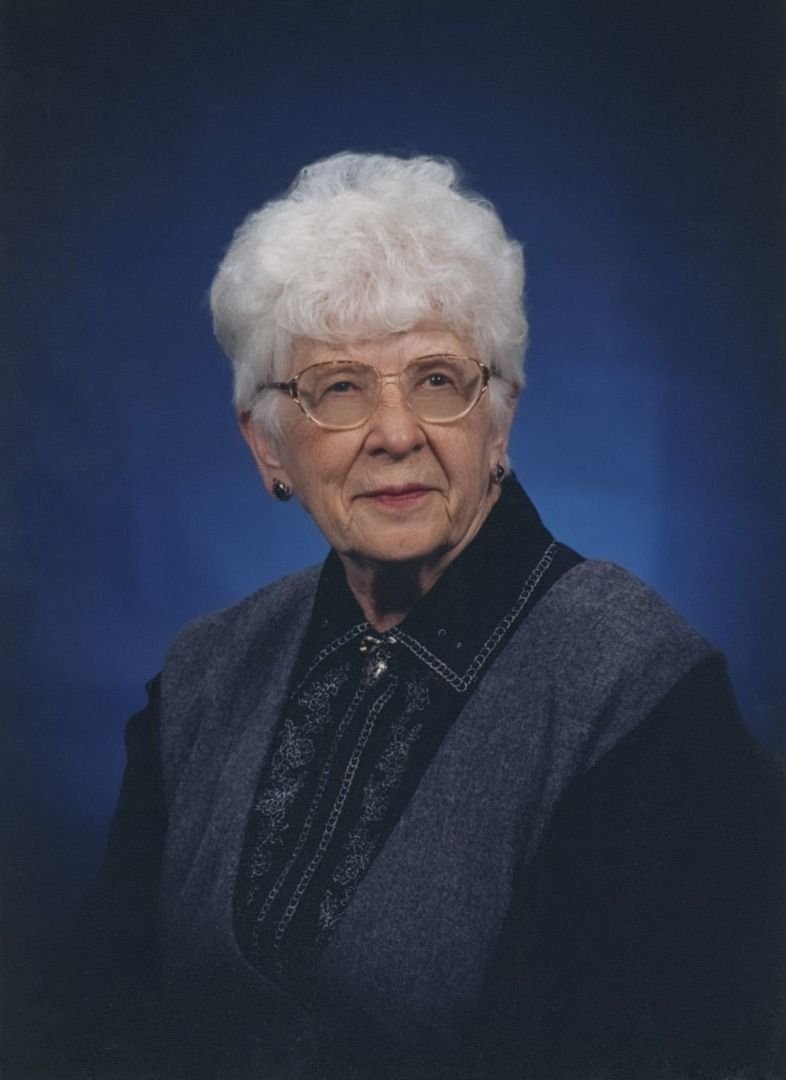 For those who loved Ethel and prayed that God would carry her gently home when the time came, prayers were answered as she died peacefully in her sleep in the early morning hours of December 11, 2020. Ethel was born in New Leipzig, ND on October 17, 1922, the second-youngest of 8 children. Life growing up on the North Dakota prairie was filled with challenges that instilled in Ethel a strength and resilience (Finnish term is “sisu”) which served her well throughout her 98 years.

Her family moved to Ottertail Minnesota when she was 14 years old, and she graduated high school in 1939 from Henning. She took correspondence courses in business and taught herself to type a remarkable 120 words per minutes on a manual typewriter. Her skills earned her a job with the war department during World War II, where she worked in Washington DC and Colorado Springs.

After the war, she returned to Minnesota and enrolled at the University of Minnesota, earning a degree in Journalism in 1948. It was in Minneapolis that friends introduced her to Stanley H. Meyers, the handsome young man whom she married on November 22, 1949. In 1954 they moved to 5530 Judy Lane in Brooklyn Center to raise their 8 children (the first 4 sons coming before their 5th anniversary), testing the strength and resilience she had developed as a child! Ethel’s brother, Eric, was married to Stan’s sister, Helen, and their 7 children were as much at home at Ethel and Stan’s as they were at their own house. The door was always unlocked, the kitchen was always open, and the coffee was always brewing – a way of life that Ethel continued to enjoy her entire life.

Through it all, Ethel somehow found time to do typing at night to supplement the family income and volunteered as a cub scout den mother, PTO Secretary for Earle Brown Elementary School, Band Boosters secretary, Sunday school teacher, and publish the monthly newsletter for Hope Lutheran Church for 30 years. When rheumatoid arthritis forced Stan to quit working in 1974, Ethel took a position with the Minnesota Air National Guard. In 1979 Stan died from complications of arthritis and Ethel became a widow at age 56.

Ethel never lost her spirit of adventure and love of learning. She took up golf at 60 and played for 30 years, bowled until she was in her late 80s and played scrabble, read, and did jigsaw puzzles until the last few months of her life. In October she flew in a small plane to visit PK, the family homeplace in Henning.

Whether Ethel was rocking your baby, caring for your children, doing your laundry, offering you a fresh baked cinnamon roll or molasses cookie, or lending an ear to listen to whatever was on your mind, you knew that you were deeply loved. Like many of her generation, expressing her emotions in words didn’t come easy, so “I love you” wasn’t something she said often, and yet it was never, ever in doubt. If you were Ethel’s friend, you had a friend for life – she stayed in touch with old and new friends with her annual Christmas letter, the last of which was finished the day she died.

In addition to Stan, Ethel is preceded in death by her parents, her seven siblings and their spouses, aunts and uncles, cousins, nieces and nephews, and her son-in-law, Mickey Nelson.

A memorial service for Ethel will be held on Saturday, May 8, 2021 at Discover Church in Brooklyn Park, MN. Ethel will be buried next to Stan at Fort Snelling National Cemetery.