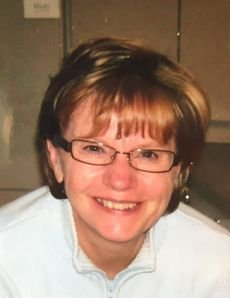 Dorie Kemper Heinen of Champlin passed away peacefully on June 2, 2020 after a stroke. She was born June 6, 1950 and raised on a farm near Melrose, MN. She was preceded in death by her parents, brother David and sister Maggie. In 1971, she married her high school sweetheart Allen Heinen and in September would have celebrated 49 years of marriage. After living in California while Al finished his military service they made their way back to Minnesota, settling in Champlin. Dorie had a varied and fulfilling career as an x-ray technician, a manager of the household, and finally as an accountant after passing the CPA exam in 1993. She spent most of her accounting career working for Carlson Advisors until retirement in 2015. After spending many summers renting a cabin on Sugar Lake, Dorie decided that retirement was finally the time to buy their own. She loved lake life, boating, water skiing, and the many times it brought the family together. Throughout her life she did Yoga, played golf, and danced. She was in a Mom’s dance group for 25 years with Dancin on Broadway, (they even got around to dancing occasionally after socializing). Dorie was just getting to enjoy the fullness of retirement when in July 2016 she had a stroke. Throughout her rehab she never complained and always made gains; eventually being able to walk 600+ feet without assistance. We would like to thank Deb and Christina from Comfort Keepers who provided excellent in-home help. They grew to be close friends. Also, the ABLE crew at Courage Kenny gave her great care, encouragement, and incentive.

Due to Covid, a small service was held on June 5. Family prefers donations to Courage Kenny Foundation (designate the ABLE program).