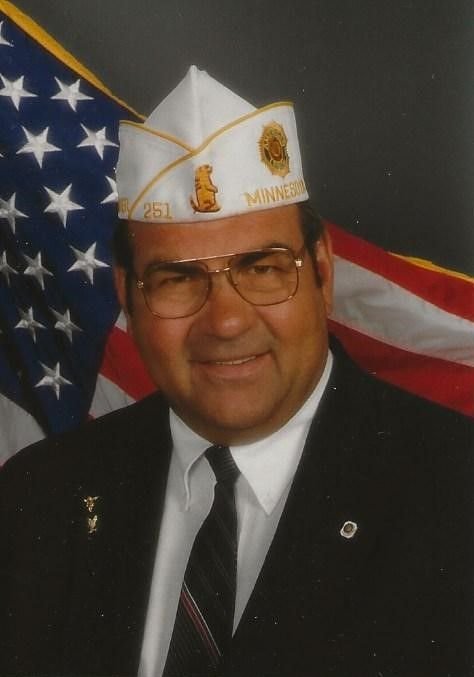 Dennis "Denny" Wayne Sculthorp, 76, died unexpectedly January 18, 2023, in Mankato, MN. He was born July 10, 1946, in Thief River Falls, MN, the son of Lewis and Bertha (Summers) Sculthorp. Denny served in the US Army during the Vietnam Conflict. Denny was a loyal member of the American Legion and served as Robbinsdale Post Commander, 10th District Commander, Department Vice Commander and Department Commander in 2000.

Denny lived in Eagle Lake, MN and is survived by his daughter Shawn Sculthorp; son Darin (Dawn) Sculthorp; grandsons Derek and Daniel Sculthorp; and long-time friend Shirley Fraze. He was preceded in death by his parents, and three brothers and spouses, Elwood (Marilyn), Durwood and Robert (Barbara & Nancy).

A service of remembrance will be held at Evans-Nordby Funeral Home, Osseo, MN. Visitation January 26th, 5-8pm. Funeral 11am January 27, including an hour viewing before services. Dennis will be laid to rest at Fort Snelling National Cemetery.