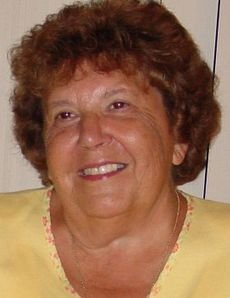 Cecelia Marie “Celen” Christianson, 78, died peacefully on Friday, May 13, at Maple Grove Hospital in Maple Grove, MN, with her sons by her side.

Celen was born July 11, 1943, to Emery and Mary Lipp. The youngest of fifteen children, she grew up on the family farm in Timber Lake, SD until 1957 when the family moved into town. She graduated from Timber Lake High School in 1960 and wanted to be a stewardess but was too young. While waiting to be old enough, she attended Presentation College in Aberdeen, SD earning her two-year teaching degree and lifetime teaching certificate in 1962. A clearly gifted teacher, the sisters at Presentation convinced Celen to give teaching at least one year. And so, she gave it a one-year chance at Ascension Catholic School in downtown Minneapolis, MN. She quickly realized she had found her life’s calling.

What followed was a forty-two-year career in primary education where she touched the lives of countless students and parents. After that first year, she moved to Walhalla ND where she taught third grade for several years. She ultimately taught in several schools across North Dakota as the family moved fairly often (she was a master packer and mover). During that time, she attended summer school at Mayville State College in 1977 and 1978 earning her bachelor’s degree in education. Her longest tenures were teaching fourth grade in Wilton, ND and combined first and second grade in Plaza, ND where she ultimately retired. Celen was widely respected by peers and parents alike for her amazing ability to bring out the very best in all her students. While her classrooms were disciplined and structured, she was also a very caring and compassionate educator, ultimately becoming a “favorite teacher” of most of her students. She championed reading fluency and comprehension as the foundation from which all learning was based. She often said she could teach anyone to read, and she could. She often taught reading, math or other basic skills to children when others felt it was not possible. She’ll also be remembered by generations of students for teaching them a small amount of something is “just a tish”.

Outside her family and teaching, Celen’s other great passions were reading, gardening and embroidery. Known to devour novels within days, her home was a constant library where friends and family would inherit books by the pound. The advent of the Kindle was a godsend for her allowing her to never be without a book. She loved spring when she could fill her gardens and planters with flowers that she enjoyed all summer long; and everyone loved getting a set of her embroidered dishtowels or napkins. She was proud of her German heritage and enjoyed reminiscing about growing up on the farm and passing along many of the family traditions and recipes. She also loved to play card games and spend quality time with her family; in particular her granddaughters who were the apple of her eye.

Cecelia is survived by her two sons: Grant (Teresa) Christianson of Champlin, MN and Lance (Kyra) Christianson of Otsego, MN; three grandchildren: Grace Christianson, Sydney Christianson, and Mary Christianson; three sisters: Margaret Heck of Casper, WY, Helen Jasmund of Longmont, CO, and Therese “Terry” Wisecarver of Smithville, MO; and many friends, colleagues and the hundreds of students whose lives she touched over her lifetime.

There will be a service for Celen on Friday, May 20th at the Evans-Nordby Funeral Home, 34 2nd Street NE, Osseo, MN . Visitation begins at 2 p.m. followed by a Catholic Prayer Service at 3 p.m. An informal celebration of Celen’s life will follow after the service. For those who would like to participate but are unable to attend in person, the service will be streamed on “Zoom” which you can join by downloading the Zoom application on your computer or phone and using the following information:

In lieu of flowers, the family requests donations be made to The American Heart Association or The American Cancer Society.