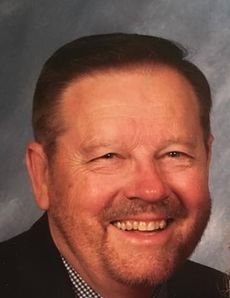 Harry’s professional career spanned five decades specializing in bar and restaurant architectural design. His employers included Jos. F. Palen Co., Monarch, International Multifoods, and Premier where he provided design services for everything from complex facilities at Universities and Casinos throughout the Country, to smaller units such as the kitchen for the facility that today is the Wellstead Assisted Living Facility, Harry’s home for his final years. His most notable work was with Leeann Chin in support of the launch of her first chain of restaurants. For the final 15 years of his professional career, Harry stood up his own business, Design’s Unlimited, specializing in kitchen re-design services throughout Minnesota for churches, restaurants, youth camps and the People Serving People family homeless shelter in downtown Minneapolis.

While his professional career was notable, Harry’s true passion was Hockey, playing team and pick-up game hockey well into his 60’s. Upon retiring his skates in the early 2000’s, he was equally thrilled sitting on the sidelines supporting his young son Ben’s athletic endeavors in Hockey, Baseball and Football, never missing a single practice or game until his health precluded his active participation.

Harry was active in his church, and enjoyed history, traveling throughout Europe, reading and relaxing.

Harry is survived by his wife of 22 years, Linda, and their son, Benjamin (16); children, Mark and Jennifer Greenwood (Mark); grandchildren, Kirsten, Courtney and Conner; siblings, Katherine Koenig, Barbara Koenig and Lawrence Koenig; and several nieces and cousins. He is preceded in death by his parents, Harry and Elizabeth Koenig; sisters, Elizabeth Koenig and Emily Gately (John); and son, Robert.

A Memorial Service is scheduled for Saturday, December 1st, 2018 at 11:00 a.m. at Lord of Life Lutheran Church, 7401 County Road 101, Maple Grove. Visitation will begin at 10:00 a.m. A private burial will be held at Fort Snelling National Cemetery on Monday, December 3rd.